The green sea turtle (Chelonia mydas) is the largest species in the family of hard-shelled sea turtles and the second-largest to the leatherback turtle among all sea turtles. They got their name because of the color of their fat that turns green due to their diet of seagrass.  Above all,  you can also recognize them by their shell. It’s olive-green color of their shell, which is usually mixed with some brown, reddish-brown and black. On average green sea turtles have a length of over 1 meter and weigh 150 kg.

Like other sea turtles, green sea turtles travel incredible distances in their life. In fact, some of them even cross entire oceans to get from their feeding grounds to their nesting areas. Green turtles that nest on the Australian coast migrate from numerous feeding grounds dispersed through Indonesia, Papua New Guinea, Solomon Islands, Vanuatu, Fiji and New Caledonia as well as from Queensland, Northern Territory and Western Australia. Females always return to the beach, where they hachted. To find they right way, they use the earth magnetic field as an invisible map.

The major nesting areas in Australia is the Great Barrier Reef. Each female lays about 115 eggs. Each nesting season she returns to the beach to nest an average of five times at fortnightly intervals. The eggs require temperatures in the range of 23–33°C throughout incubation. As with other species of marine turtles, the sex of the hatchlings is determined by nest temperature. Males result from cooler temperatures and females from warmer temperatures. The hatchlings are shiny black above and white below, with white margins around the carapace and flippers. The average carapace length is about 5cm and each hatchling can weigh approximately 25g.

Once the eggs hatch, baby green turtles will make their way to the water and swim to offshore areas, where they will live for several years. When the juveniles reach a certain age and size range, they will leave the open ocean and travel to nearshore foraging grounds, where they shift to being primarily herbivores with a diet mainly consisting of seagrasses and algae. Both juvenile and adult green turtles are generally found nearshore, especially in areas with seagrass beds.

Where to find them is Australia

The green turtle’s foraging habitat occurs along shallow coastal areas of Queensland, among the reefs of the Great Barrier Reef and in the Gulf of Carpentaria. 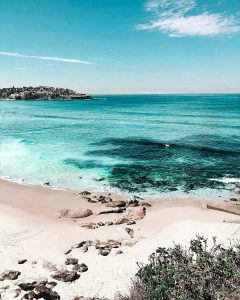 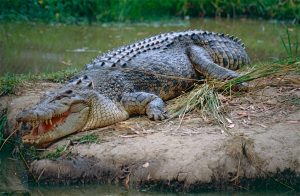